The following is a collection of 14 digital illustrations filled with characters, environments, and symbols based on a narrative that I am currently developing and writing. These illustrations serve as a glimpse into this world I have created and upon which I continue to expand. Each one focuses on an aspect of the narrative as well as stands as an individual artistic work of art. I introduce the main characters of my story through this collection of digital printouts that parallel the sequence of the story.

I have been developing ideas for this story and composition of my 2D artwork mostly through written journals and sketchbooks. They are purely derived from my imagination and subconscious. Research into a number of topics that interest me has added to the depth of my images and story line. I am specifically interested in ancient civilizations, their symbols, myths, and religious text. A few of the illustrations have been influenced directly from my interest in the Mesopotamian and Pre-Columbian civilizations. 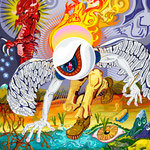 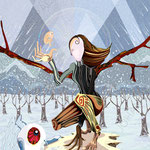 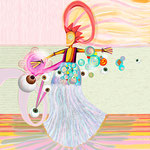 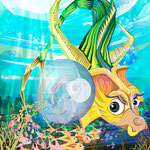 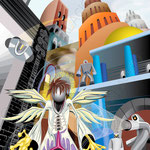 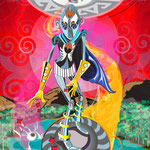 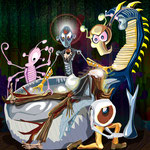 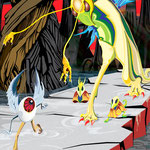 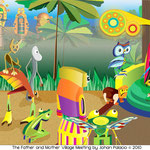 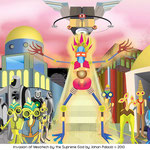 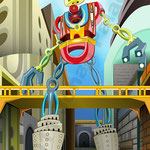 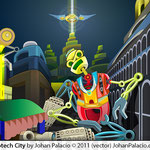 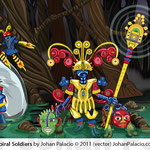 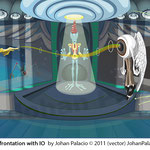 A great deal of my characters and images stem from personal life. These images represent autobiographical experiences told through surreal and symbolic images. These will be carefully hidden and placed within the work for my own personal reference. In addition, I include my personal “spin” on a variety of subjects that deal with my curiosity on the supernatural and unknown. These include my fascination with the spirit realm, parallel universes, quantum physics, prophecies, alien abductions, and government conspiracy theories. All these topics and subject matters are major components of the philosophical framework. These are my influences and are expressed in the artwork that I have created.

- Illustrations above copyright 2005-2011 by Johan Palacio

- SPIRALEYE and all related characters and elements are trademarks of Johan Palacio.